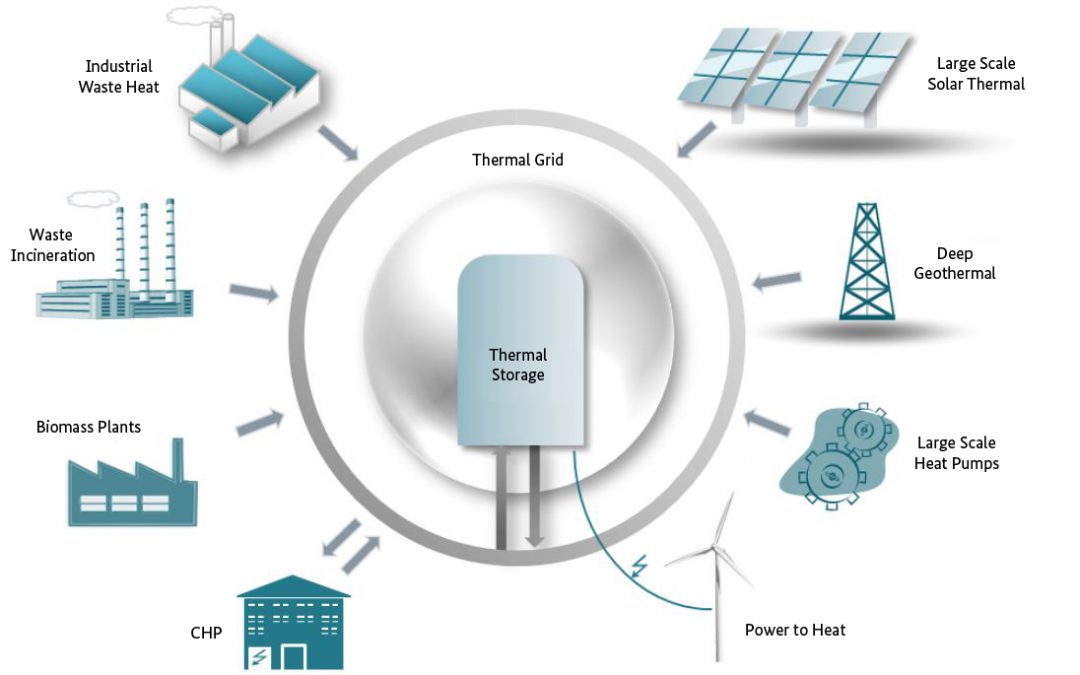 In November 2018, the city of Hamburg has decided to buy its district heating system back from the energy company Vattenfall. After the privatization of all energy grids at the beginning of the century, a public referendum affected by the discussion about coal fired power plants, now forced the Senate of Hamburg to implement this transaction.

With this change of ownership, the transition of the district heating systems from mainly coal fired sources to renewable sources might become easier. The current concept for the future development combines several elements:

„The heat transition will be the largest contribution of the city of Hamburg to the goals of the Paris Agreement“, said Hamburg Senator Jens Kerstan.