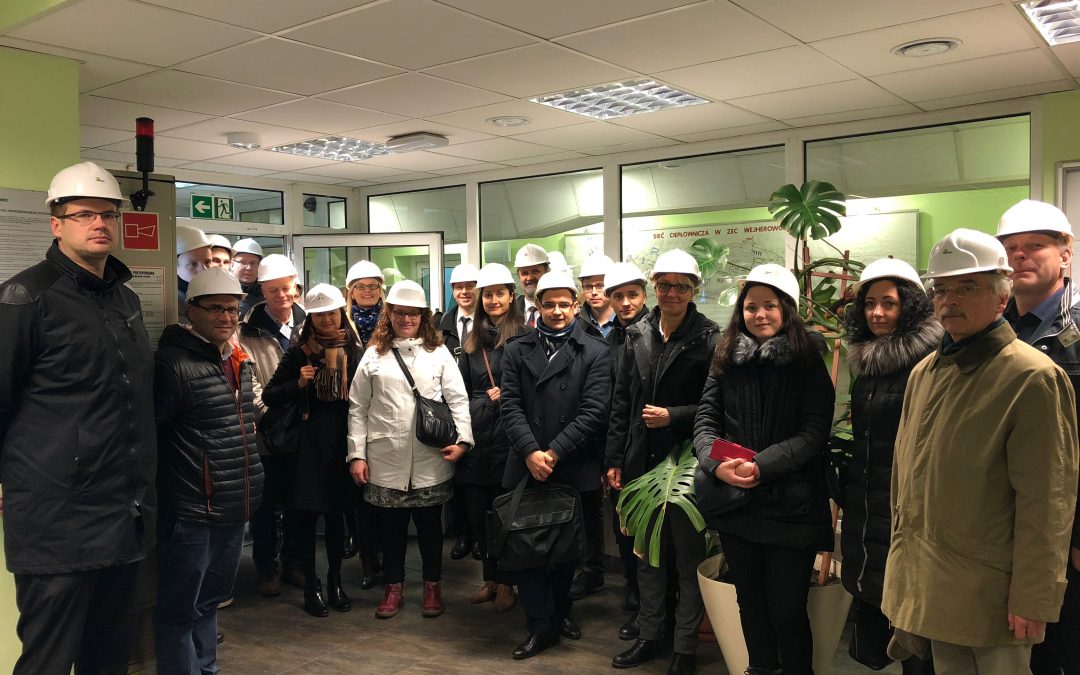 In cooperation with the polish lead partner IMP PAN (Institute of Fluid-flow Machinery, Polish Academy of Sciences), atene KOM organized the kick-off meeting on 22 and 23 November. During the first part of the event, which involved 32 representatives of the project partners from eight EU-countries as well as interested Polish experts LowTEMP was introduced and the current situation of district heating in the Baltic Sea Region explained. Follow-up discussions focused on district heating in Poland, Germany and the Baltic States. Moreover, an expert from the Danish Aalborg University shared his expertise about „4th Generation District Heating“.

After this exciting first half of the day, Jan Schmidt, project officer at the EU Interreg Baltic Sea Region programme in Rostock, opened the internal part for the project partners and explained the requirements of the programme. Afterwards, the participants had the opportunity to visit the district heating plant in Wejherowo, which uses conventional methods to generate heat for the surrounding urban districts.

On the second day of the kick-off meeting, the project participants of atene KOM GmbH, Britta Schmigotzki (project manager), Darijus Valiucko (communication manager) and Christoph Wald (finance manager), presented the planned implementation of LowTEMP. Furthermore, they discussed the next steps with the participants in workshops. Moreover, all partners used this opportunity to introduce themselves with a short presentation.

After this informative kick-off meeting, all 19 project partners from nine nations will be starting to work on their tasks to promote sustainable and efficient district heating grids.